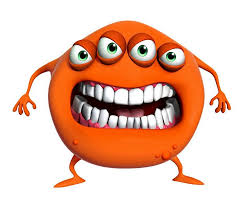 Scenario:  We are cooking monsters today!!!  Some monsters have 1 eyes, others have 5 eyes, and there are even other crazy monsters.  We want to get as close to the number of eyes the recipe calls for as possible.

Do example of “1 eyed monsters” with students. Have one student up to the front to demonstrate with you.


Provide each student with a recording sheet and place them in the appropriate station to practice the fluency skill they need:


For all resources click here.
Posted by Dave Martin No comments: